Davido and Mayorkun Has Burst The Air With There 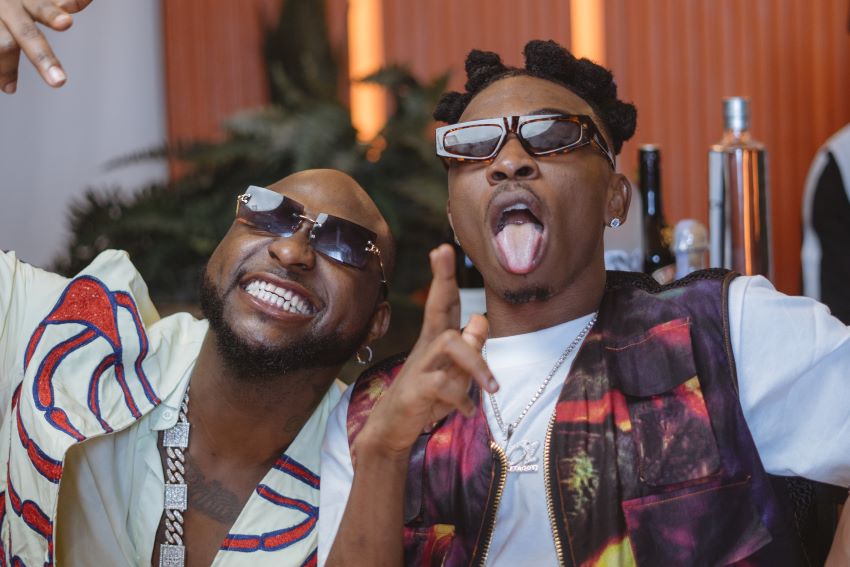 “Davido and Mayorkun has Burst the Air”

‘The Best’ leads this week’s TurnTable Top 50. It also becomes the third No. 1 song off Davido’s ‘A Better Time.’ It joins “FEM” and “Holy Ground” featuring Nicki Minaj as chart leaders off the album.

In the process, Omah Lay joins the trio of Davido, Wizkid and Olamide as artistes with multiple entries in the top 3 in a week (Davido is the only artiste to occupy the entire top 3, a feat he achieved last week).

Let’s rundown this week’s top ten of the TurnTable Top 50.

The Top 50 blends all-genre freemium streaming, radio airplay and TV airplay in Nigeria. All charts will be dated and updated on Mondays, this week’s chart will be revealed on Monday, November 30.

Davido’s former No. 1 ‘FEM‘ slides 3-4 while Olamide’s ‘Triumphant featuring Bella Shmurda ascends 6-5 after peaking at No. 3 on the chart dated November 16.

Davido’s ‘Holy Ground‘ featuring Nicki Minaj drops to No. 6 after debuting atop the chart last week, while another former No. 1 in Wizkid’s ‘Ginger’ featuring Burna Boy moves 10-7.

All chart news will be available @turntablecharts on both Twitter and Instagram while component charts such as Top Streaming Chart and Top Airplay Chart; and platform-based charts such as the official Top Triller Chart will be updated on Tuesday, November 30, 2020.

The chart has seen four different No. 1s in the first month which is a result of the influx of major studio albums.

“Davido and Mayorkun has Burst the Air”

ALSO READ: Unbelievable: Renowned Nollywood actress Nazo Ekezie has indicated her interest in going out on a date with her crush, music mogul Don Jazzy.

Erica Has Been Formally Disqualified From BBNaija As a Result …